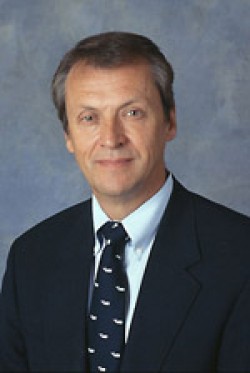 Two scientists from UC San Diego have been elected to the governing council of the National Academy of Sciences, the nation's preeminent organization of scientists, which advises Congress and the U.S. government on matters of science and technology.
They are former UC San Diego Chancellor and University of California President Robert C. Dynes, now a professor of physics at UCSD, and Susan S. Taylor, a professor in UCSD's Department of Chemistry and Biochemistry and Department of Pharmacology, and a Howard Hughes Medical Institute Investigator.
The two UCSD scientists were among four members of the National Academy of Sciences elected this week to three-year terms on its governing council. Their terms begin on July 1.
Larry Squire, a professor of psychiatry at UC San Diego, currently serves on the academy's governing council, which means three of the 12 members of the governing council are now from UC San Diego, a remarkable achievement for any research institution.