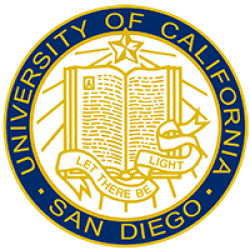 Five physicists at the University of California San Diego have been named 2016 Fellows of the American Physical Society, a distinct honor of professional achievement from the nation's largest society of physicists.

Richard Averitt, Jose Boedo, Brian Keating, Wouter-Jan Rappel and Massimo Vergassola were honored by the society this week for "exceptional contributions to the physics enterprise," which can include "outstanding physics research, important applications of physics, leadership in or service to physics, or significant contributions to physics education."

According to the society, "the number of APS Fellows elected each year is limited to no more than one half of one percent of the membership," making it a very select group.

The five physicists were nominated by colleagues in their respective divisions within the American Physical Society representing the sub-disciplines of physics in which they work.

Richard Averitt
Richard Averitt, a professor of physics, was nominated by the Division of Condensed Matter Physics and honored "for his pioneering experimental study of the electrodynamics of correlated electron materials and metamaterials."

Jose Boedo
Jose Boedo, a researcher in UC San Diego's Center for Energy Research, was nominated by the Division of Plasma Physics and honored "for his ground-breaking contributions to the studies of plasma drifts and intermittent plasma transport in the peripheral region of tokamaks."

Wouter-Jan Rappel
Wouter-Jan Rappel, a research scientist, was nominated by the Topical Group on Statistical and Nonlinear Physics and honored "for innovative development and application of nonequilibrium physics methods to living and nonliving systems."

Massimo Vergassola
Massimo Vergassola, a professor of physics, was nominated by the Division of Biological Physics and honored "for seminal contributions to lattice simulations of fluids and turbulent mixing, and for the application of statistical mechanics to biological problems including the 'infotaxis' search strategy in turbulent environments, gene regulation, T-cell activation, and signal transduction."