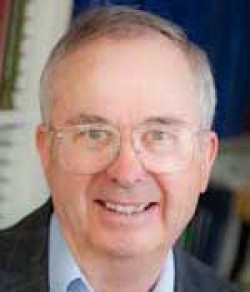 "For the invention of and development of techniques to accumulate, confine, and utilize positron plasmas, and for seminal experimental studies of waves and turbulence in tokamak plasmas."

Cliff Surko is a Distinguished Professor of Physics at University of California, San Diego. He received an A.B. degree in Mathematics and Physics (1964) and a Ph.D. in Physics (1968) from the University of California, Berkeley. Following a short post doc at UC Berkeley, he was a staff member, then department head, at (AT&T) Bell Laboratories, Murray Hill, NJ, before coming to UC San Diego in 1988. Visiting research appointments include the MIT Plasma Fusion Center (1977-84), Ecole Polytechnique, Palaiseau, France (1979), and University College, London (1997). He is a fellow of the APS and the AAAS; and member of Sigma Xi and the APS Divisions of Atomic, Molecular and Optical Physics and Plasma Physics.