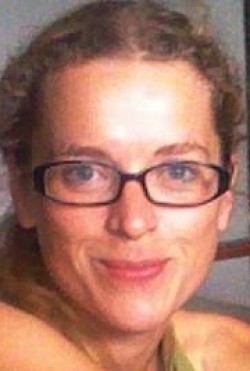 It is my great pleasure to announce that Professor Eva-Maria Schoetz Collins has been selected as an Alfred P. Sloan Research Fellow. This is an extraordinarily competitive award, involving nominations of the very best young scientists from the United States and Canada.

The Sloan Research Fellowships were established in 1955 to provide support and recognition to early-career scientists and scholars, often in their first appointments to university faculties, who were endeavoring to set up laboratories and establish their independent research projects with little or no outside support. Financial assistance at this crucial point, even in modest amounts, often pays handsome dividends later to society.

On behalf of the Department, I extend to Eva-Maria our congratulations.