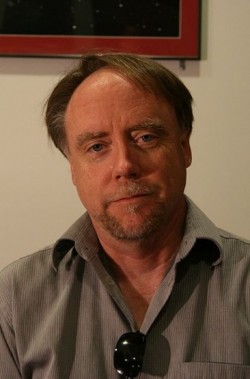 George Fuller, an astrophysicist and professor of physics who directs UC San Diego's Center for Astrophysics and Space Sciences, known as CASS, has been selected to receive the 2013 Hans A. Bethe Prize.

The prestigious award is given annually by the American Physical Society to "recognize outstanding work in theory, experiment or observation in the areas of astrophysics, nuclear physics, nuclear astrophysics, or closely related fields." The prize, which was established to honor Bethe, a renowned nuclear physicist at Cornell University, consists of $10,000 and a certificate citing the contributions made by the recipient.

Fuller was cited for "outstanding contributions to nuclear astrophysics, especially his seminal work on weak interaction rates for stellar evolution and collapse and his pioneering research on neutrino flavor-mixing in supernovae." He will formally receive his award at a special session of the society's April 2013 meeting in Denver.

Fuller has focused much of his recent research at CASS on the physics of the mysterious and ghostlike particles in the universe known as neutrinos, which hold the keys to physicists' improved understanding of cosmology, exploding stars called supernovae, and the origin of the elements. Fuller and his research group at UC San Diego have been calculating how neutrinos likely changed their "flavors" in the early universe, how they do so now within supernovae and how this process affects the synthesis of elements within stars--a process astrophysicists call nucleosynthesis.

Fuller received his B.S. and Ph.D. degrees in physics from the California Institute of Technology. He was the Robert R. McCormick Postdoctoral Fellow at the University of Chicago from 1981 to 1983, a visiting research astrophysicist at UC Santa Cruz's Lick Observatory from 1983 to 1984 and a research assistant professor at the Institute for Nuclear Theory at the University of Washington from 1985 to 1986. He then was a staff member in the IGPP astrophysics group at Lawrence Livermore National Laboratory for two years before coming to UC San Diego in 1988 as an associate professor of physics. He was named a full professor in 1992, was promoted to Distinguished Professor in July and is a Fellow of the American Physical Society.