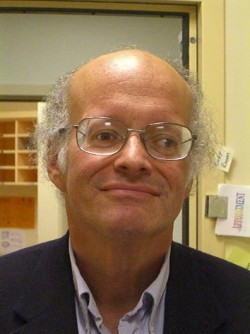 Professor Patrick Diamond has been awarded the 2012 Nuclear Fusion Award from the International Atomic Energy Agency. The Board of Editors voted his paper, Physics of Non-diffusive Turbulent Transport of Momentum and the Origins of Spontaneous Rotation in Tokamaks, as the most outstanding paper from the 2009 volume. The Nuclear Fusion prize is awarded annually to recognize outstanding work published in the journal.

Each year, a shortlist of ten papers is nominated for the Nuclear Fusion prize. These are papers of the highest scientific standard, published in the journal volume from two years previous to the award year. Nominations are based on citation record and recommendation by the Board of Editors. The Board then votes by secret ballot to determine which of these papers has made the largest scientific impact.

The award was presented at the 2012 Fusion Energy Conference in San Diego.

On behalf of the Department of Physics, I congratulate Pat for this prominent and well deserved honor.