UCSD Professor of Physics Elected To National Academy Of Sciences 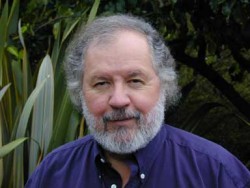 The National Academy of Sciences today elected a biology professor and a physics professor at the University of California, San Diego to membership in the prestigious academy, one of the highest honors bestowed on U.S. scientists and engineers. M. Brian Maple, Bernd T. Matthias professor of physics and director of UCSD's Institute for Pure and Applied Physical Sciences, and Charles S. Zuker, a professor of biology and of neurosciences at UCSD, were among the 72 new members and 18 foreign associates from 13 countries elected to the academy this morning in recognition of their distinguished and continuing achievements in original research.

It's often said that Roger Revelle built this university from the top down by recruiting members of the National Academy of Sciences to UCSD. But much of our scientific talent, as demonstrated by the election today, resides in the faculty who have developed and established themselves at UCSD, added the two deans.

Maple received his doctorate in physics from UCSD in 1969, working under the renowned UCSD physicist Bernd Matthias, and was named Distinguished Alumnus of the Year at UCSD in 1987. An expert on high-temperature superconductors materials that lose all resistance to electricity at commercially attainable, cold temperatures he presided over the celebrated high-temperature superconductivity session, dubbed the Woodstock of Physics, during the American Physical Society's March meeting in 1987. His research interests also include magnetism, low-temperature physics, high-pressure physics and surface science. Maple has been on the faculty at UCSD since 1973.

Zuker, a 46-year-old neurobiologist, was born in Chile and moved to the U.S. to obtain his doctorate in molecular biology from the Massachusetts Institute of Technology. Zuker is also a Howard Hughes Medical Institute Investigator and has been on the faculty at UCSD since 1987. Recently elected to the Academy of Arts and Sciences, Zuker and his colleagues in his laboratory employ a combined molecular, genetic, and physiological approach to investigate the biology of sensory transduction mechanisms in photoreceptors, mechanoreceptors and taste receptors.