In honor of Harold Ticho's 90th birthday, his contributions to the field of physics, and his extraordinary service to UC San Diego, an endowed fund for an annual award to a student in physics was established. The Harold K. Ticho Award will be used by the Department of Physics as a targeted recruitment tool to attract the best graduate students to study physics at UC San Diego. 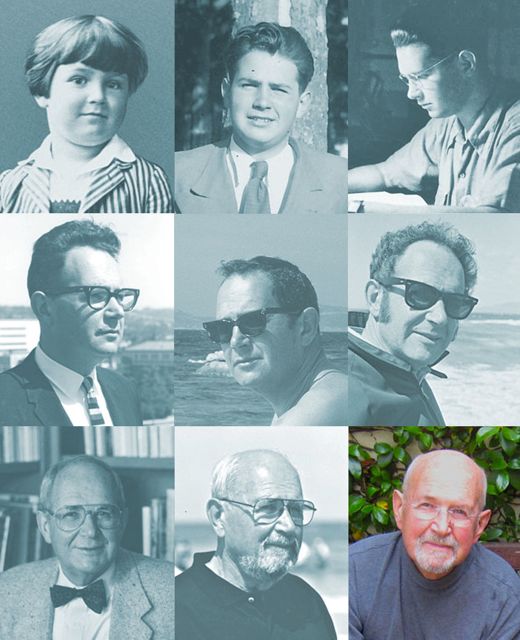 Born in Brno, Czechoslovakia in 1921, Dr. Ticho became a naturalized citizen of the United States in 1944. He attended the University of Chicago, where he received BS (1942), MS (1944) and PhD (1949) degrees in physics. His entire faculty career was spent in the UC system: he served as a professor of physics at UCLA for 35 years, and subsequently held the same position at UC San Diego until his retirement in 1991. Dr. Ticho's leadership and groundbreaking work in experimental elementary particle physics shaped our fundamental understanding of the basic building blocks of matter that led to the quark model of the nucleon. Furthermore, Dr. Ticho's contribution was critical to the work of the Nobel Prize-winning team of Luis Alvarez at the Lawrence Berkeley National Laboratory. Among the multiple awards recognizing his research and scholarship are two Guggenheim Fellowships (1966/67 and 1973/74).

In addition to his research and educational contributions, Dr. Ticho provided crucial academic leadership for UC through his service in high-level administrative positions. In 1983 Dr. Ticho was appointed as Vice Chancellor - Academic Affairs for the San Diego campus. Working closely with Lu Sham (then Dean of Physical Sciences) and Norman Kroll (then Physics Department Chair), Dr. Ticho was responsible for an extended period of major growth in all of the sciences - and in physics in particular.

Award funds may be used for tuition/fee payments, stipends, summer support, and/or up to $3,000 of research-related expenses, including travel to conferences. All standard campus fellowship regulations and support limits apply. 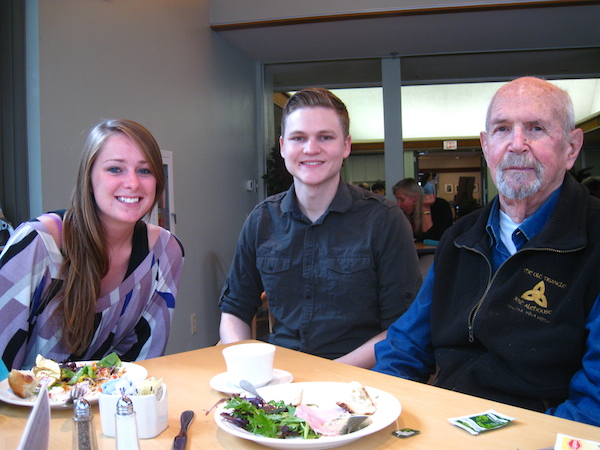 Selection: No specific application is required. A faculty committee will review the records of all eligible students and will select a recipient from among the most outstanding performers.

Selection: A faculty committee will review all nominations and will send their recommendations to the Department Chair, who will make the final decision.

Will Brunner graduated from the University of Nebraska-Lincoln, double majoring in physics and mathematics. Conducted research in the lab of Dr. Timothy Gay for three years, studying polarized light, electron spin polarization, and chirality. At UCSD, Will plans on continuing his work in experimental atomic, molecular, and optical (AMO) physics. In his free time, he enjoys video games, juggling, and unicycling.

Chen Wu's undergraduate career was at UCSD where he worked in Professor Kaixuan Ni's group to explore a position reconstruction algorithm for XENON1T Dark Matter detection. Chen Wu also received an M.S. degree from Stanford University where he focused on applying FPGA programming to control optical cavities in Professor Benjamin Lev's research of Cavity QED. In addition, Chen Wu spent several months in SLAC(LCLS) to develop a phasing pipeline for the Serial Femtosecond Crystallography (SFX) which is helping COVID-19 research currently. Now his research interest is experimental condensed matter physics with a focus on 2D materials. Chen Wu enjoys playing the violin and participating in different types of chamber music during his spare time.

"I received my bachelor's degree in physics at UC Berkeley, where I conducted research in theoretical particle physics focusing on phenomenology and possible applications of quantum information and quantum algorithms to HEP calculations. At UC San Diego, my goal is to explore new areas of research in theoretical cosmology and quantum gravity. I am also looking forward to teach and TA. Outside of physics, I enjoy outdoor activities such as rock climbing, trail running and surfing."

"My interest in physics first began to blossom during my freshman year at Vassar College, when I took a combination science/philosophy course titled “the Limits of Knowledge and Understanding,” I went on to graduate from Vassar with a B.A. in physics, as well as to assist a number of the Vassar faculty with their research, including Dr. Brian Daly with his work on the generation of high frequency phonons and Dr. Jenny Magnes with her novel interferometric approach to studying the locomotion of C. elegans. During this time, I also had the opportunity to assist Dr. Paul Hamilton with his research at U.C.L.A. in developing a high precision atom interferometer. I have since made an effort to merge my love of physics with my passion for education, by volunteering to tutor science and math at a charity organization in my hometown of Beulah, Michigan. Last year, I worked as an instructor of physics for the STEMCivics charter school in Trenton, New Jersey. Along with teaching and studying the mysteries of the universe, I enjoy spending time with my family, my pet bird, and playing music."

David Moore graduated from UCSD in 2017 with a double major in physics and mathematics after transferring from the San Diego Community College District in 2014. His research interests focus on the broad area of theoretical condensed matter physics. On his free time he enjoys programming anything from physical simulations to video games, as well as helping others with physics and math questions online.

"I earned my undergraduate degree in engineering physics and the University of Illinois at Urbana-Champaign. During that time, I spent two years working with Dr. Peter Abbamonte to look at phase transitions in transition metal dichalcogenides. At UCSD, I hope to get involved in computational biophysics/bioinformatics research. Perhaps my most unique hobby is that I play foot based rhythm games like Dance Dance Revolution and Pump It Up."

"I am from Aurora, Illinois and I attended the University of Iowa where my undergraduate research was on studying a specific method of plasma transport in Saturn's magnetosphere. I am interested in developing and using numerical models to understand various processes, such as turbulence and magnetic reconnection, in space and laboratory plasmas. In my free time I like go running and work on my cooking skills."

"I attended the University of Minnesota, Twin Cities for my undergraduate degree. I am interested in condensed matter physics. I grew up in Duluth, Minnesota. My favorite pastimes include running, traveling, and studying French."

His research interests include low temperature detectors and their applications in astronomical instrumentation. Working with Dr. Ben Mazin at UCSB, he did two years of undergraduate research on the development of a new type of low temperature detector technology called Microwave Kinetic Inductance Detectors (MKIDs), which are capable of determining both the energy and arrival time of individual photons in the near infrared, optical, ultraviolet, and X-ray ranges. Beginning in the fall of 2012, Martin plans to pursue his Ph.D in physics at UCSD working with Dr. Brian Keating on POLARBEAR, a Cosmic Microwave Background telescope located in northern Chile.

Funding: This award was made possible by the generosity of Dr. Ticho's family and friends. Additional contributions are always welcome; please see Giving to Physics for details.