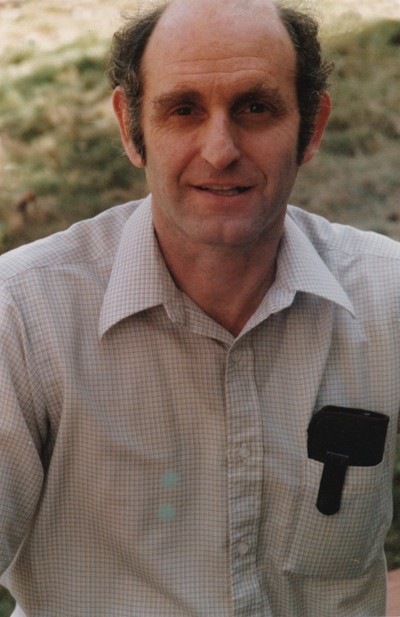 The Sheldon Schultz Fellowship provides support for the research, scholarly activities, teaching, and discretionary needs, as well as salary support, of distinguished junior faculty members in the Department of Physics in the Division of Physical Sciences at UC San Diego.

In 1960, Sheldon "Shelly" Schultz joined UC San Diego as one of the founding members of the physics department and remained a faculty member until 2016. He also served as the Director of UC San Diego's Center for Magnetic Recording Research from 1990 to 2000. Shelly exemplified his own ideal description of a faculty professor, "a dedicated scholar, teacher, and active contributor to the workings of the campus, and in general a person of social conscience."

Professor Schultz received worldwide acclaim when his laboratory at UC San Diego created the first negative index composite material in 2000. The discovery of this novel material contributed to the establishment of an entirely new sub discipline of physics, now referred to as Metamaterials. Schultz and members of his laboratory announced their discovery at the meeting of the American Physical Society on March 21, 2000 (UCSD News). Science Magazine recognized the discovery as one of the "Top Ten Breakthroughs of 2003." In 2009, Thomson Reuters added Schultz to its list of potential future winners of the Nobel Prize in physics. 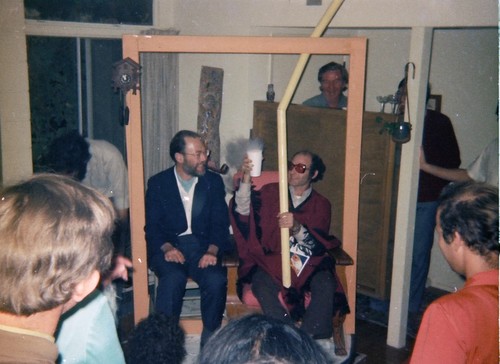 One of Shelly's and [his wife] Carol's contributions to the physics community at UCSD was to host widely attended dinners for each of his students as they graduated. This always included a roast of the student. The picture shows Shelly and Professor Donald Fredkin with the tables turned. Shelly has a cup of liquid nitrogen in his hand and is looking at the world through his perpetually rose-colored glasses.

Professor Schultz had a clear passion for education and knowledge. He was an animated and inspirational lecturer who enjoyed a flare for the dramatic. He infused his lectures with puzzles and presentations that would quickly grab and keep the attention of his audience. Professor Schultz delighted in experimental demonstrations and revealing the beauty of physics to young minds. He had a warm personality, a keen sense of humor, and seemed to have boundless energy.

Professor Schultz cared deeply about his students and the members of his research group and was dedicated to training his students and postdocs so that they could go on to have successful scientific careers. His enthusiasm, leadership, and high standards brought out the best in them. "Shelly" was an extraordinary individual and a superb scientist. 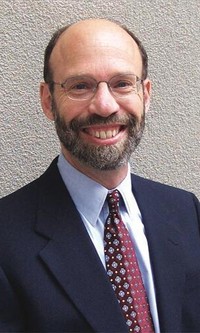 Dan Pinkel (MS '69, PhD '74) earned his masters and doctorate in physics at UC San Diego in Shelly's lab. After leaving UCSD he transitioned to biophysics, eventually joining the faculty at the University of California San Francisco. He made significant contributions to the development of techniques for genomic analysis that found both research and clinical applications.

Dan notes that Shelly was one of the initial junior faculty in the UCSD physics department, which makes this fellowship for future new faculty particularly resonant. He lived, and thereby taught, the importance of seriousness, rigor, humor, and community in the research enterprise. It is a tradition worthy of commemorating and fostering.